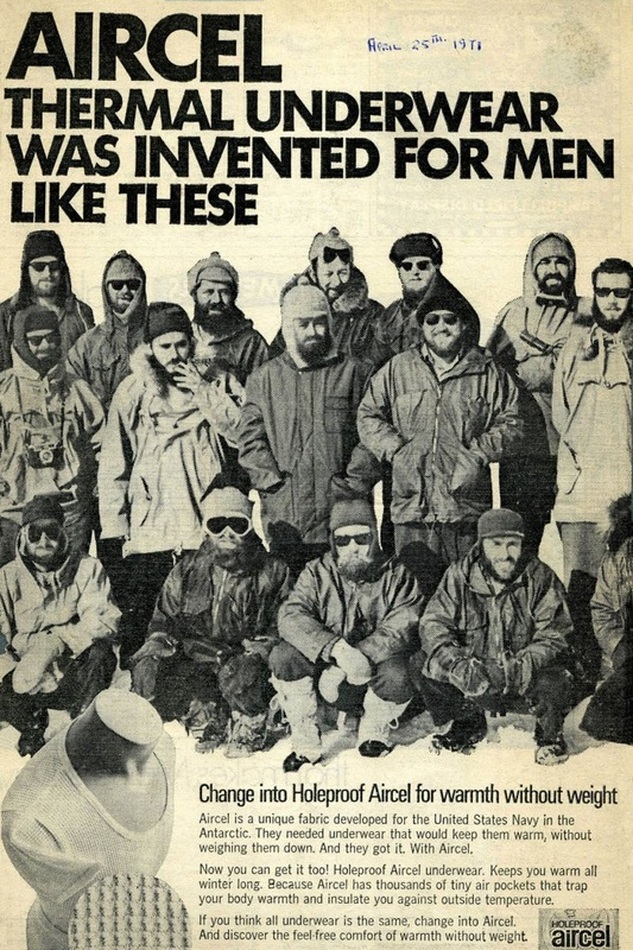 Neil Simmons wrote:
'...I am sending you two attachments:-   One is our group photo taken at Wilkes in 1964 and the other, an advert for "Aircel" underwear which appeared in the Melbourne SUN newspaper on April 25th. 1971.   If you compare the two photos you will find that heads have been moved and appear on other bodies and facial hair has been added on others to make them appear more rugged...'

I subsequently asked Neil if he had any further information on how the advertisement for 'Aircell' underwear came to pass.

Neil wrote...'I have no idea who may have negotiated the use of the 1964 Wilkes photo by Holeproof, but I am sure that the Antarctic Division would  have had to authorize its publication.   There were 8 members in the 1964 Wilkes team who came from Melbourne and the most likely contributor could have been Ray O'Leary the OIC as he seemed to have connections with some of those industries....'  ( Ray is now deceased)

'...There was no recognition as to the identity of our group attached to the advert and no notification of its use prior to, or after its use.  We never received any communication, merchandise or financial gain from Holeproof in any way.   I have shown the advert to other members of our group but none of them are any the wiser...'

Do any other ANARE folk have further information re the 'Aircel' arrangement? We would love to hear from you at: 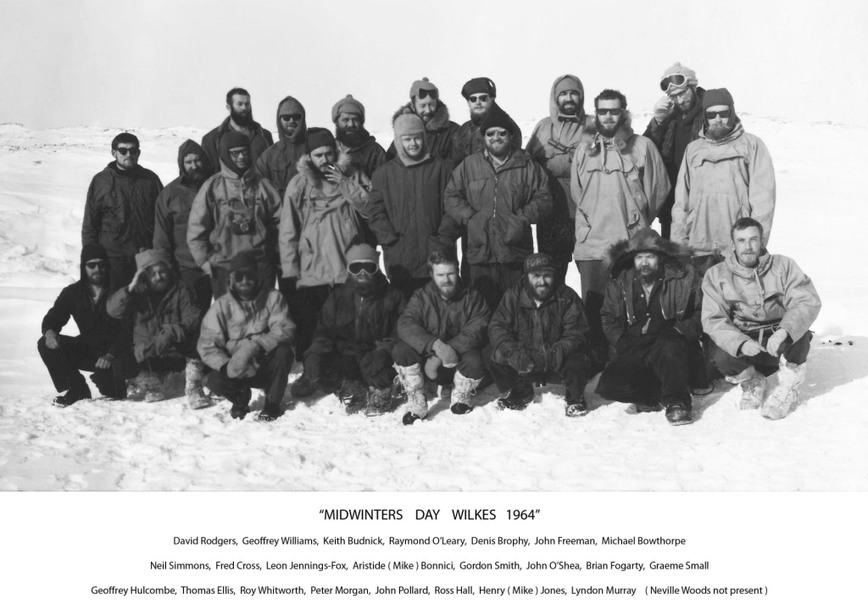