A note from Fred Elliott about the photograph in the ad:
The "Mawson Men" pic was taken on Sunday 30th Jan 1955 at the Vestfold Hills: probably by PGL , although it could have been by George Lowe who was with Tom Hungerford. Tom had been sent down by Casey to check on the Russian base, as it had been rumoured that they were building a submarine base there. This was, of course, during the Petrov Affair when the Russian Consulate was closed and Russo- Australian  relations a bit dicey. Thom's mission was a dead secret to all except Phil, Tom and George and the Russians it seems, because the  Russian Commandant, Dr.Tolstikov asked him if he had seen any submarine pens lately.
But back to the pic. First of all, it is back to front! The correct picture is on P17 in Australia's Antarctic Outposts.   Using that pic, the person on the right is John Bechervaise( cig in mouth), Jack Ward, me (right front) with Cpl Cec Power. There are bits of two others there, but I cannot say who the bits belong to. The Pyramid tent was made by Thomas Evans of Melbourne to ANARE specifications. We trialled a prototype at Heard on 1953.   A few more bits of useless info; that morning (we didn't get ashore until 2.30 p m) the Kista had hit a rock and later,  Bill Bathurst was the first known man to bog a DUKW in the Antarctic.    Cheers   Fred Elliott 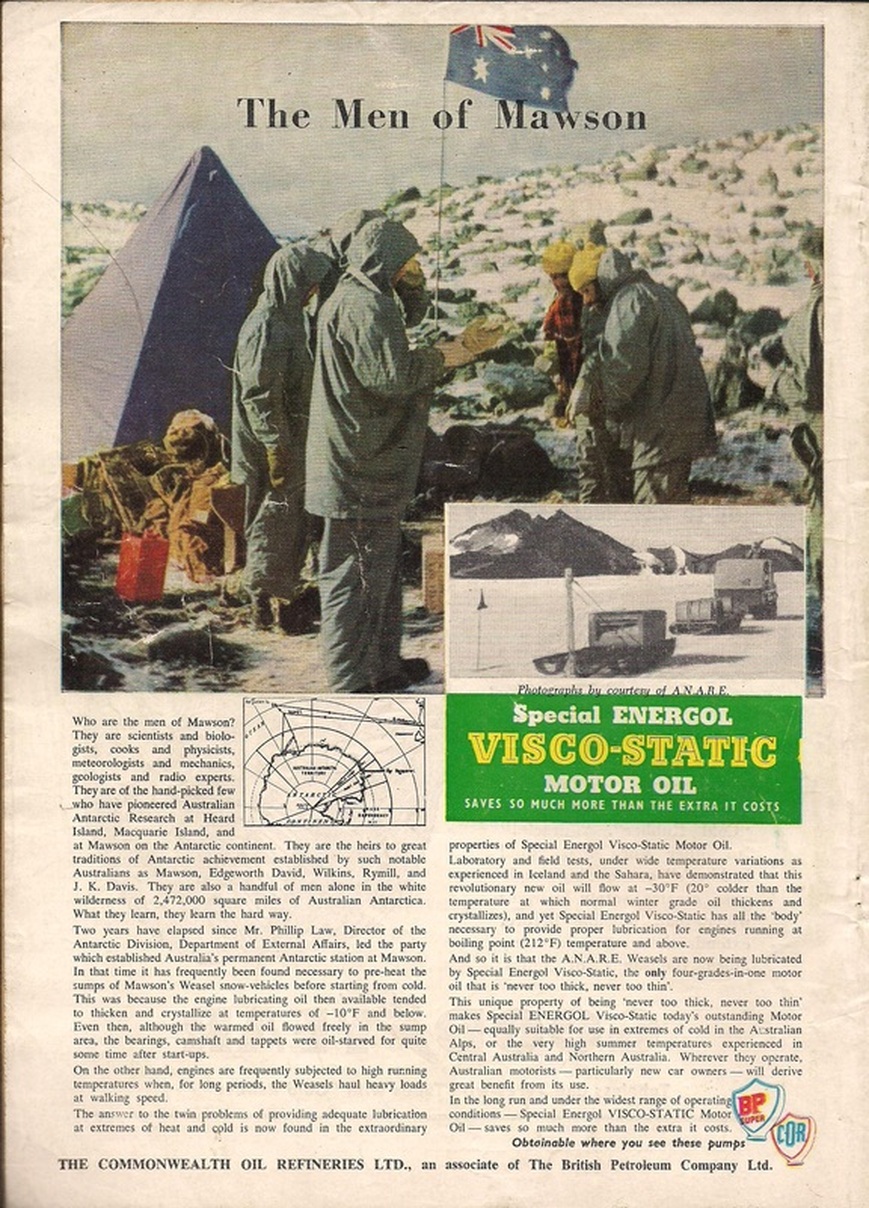 From 'Wheels' Magazine, March 1956. Sent in by Hilton Swan & Margaret Whitelaw
Out of interest, does anyone have the original photograph of the 'Men of Mawson" or is able to further identify the men in the advertisement photograph? Please contact me on: