It was a long time ago but we've got a couple of stories from the two islands.

The Trip South - by Trevor Boyd 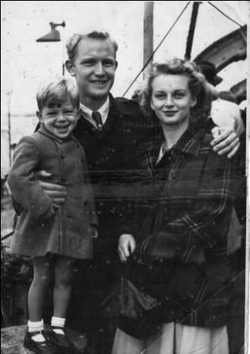 It was a very straight-forward departure; quite a good send off with streamers and many good friends present on the wharf. We stopped in Hobart to pick up our two cosmic ray physicists, Nod Parsons and Peter Fenton from the University of Tasmania and their equipment before continuing our journey South.

The diary extract for 3 April 1950 reads: “It was overcast with low & middle level cloud & a cool breeze". We took the train to Williamstown from where we were staying in Melbourne and arrived at the ship at 1030AM; I took my wife, Beryl, and son, Colin, on board and we headed to the Wardroom where we sat around until noon when I had to say a very sad farewell - believe me it was hard to do this.

The ship left the pier with streamers and many sorrowful faces (including my own).  Trevor Heath put on a round of drinks in the Wardroom and then we had dinner. We were introduced to the skipper, Lt CDR Shaw, who happened to be our Gunnery Officer on HMAS Australia during the second World War - it's strange he did not remember me.

We passed through the heads at 4 PM and saw the wreck of the freighter Time. Tea was at 3.30PM and my abandon ship station was on the LCVP.

I met one of the crew who had also been on Australia and we both remembered each other (his name was FROST). The sea was now a long moderate southeast swell and we are heading into her! (with a “blunt” bow!)

I had a shower and cleanup before dinner in the Wardroom with a few beers. After dinner we played "31”, the loser buying beers for all - I never lost! I left the Wardroom at 11PM, walked around the deck to my cabin that I shared with Nod Parsons, Norm Figg (our cook), and a ‘tradie’ whose name I cannot remember because he was only down for the changeover.

So ends my "First Day”

PS: The ship (Labuan) only lasted the one trip to Macca and Heard Islands before falling to pieces; this left us stranded on Macca but we finally left on the ANL's River Fitzroy in 1951.

The following photos were all taken by Arthur Giese. 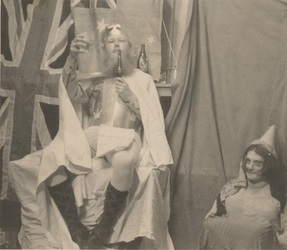 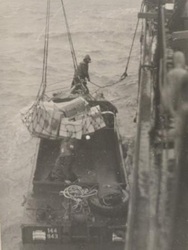 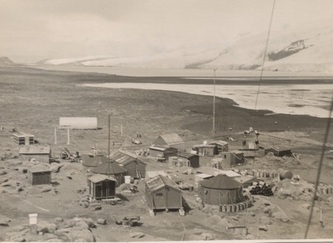 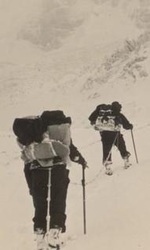 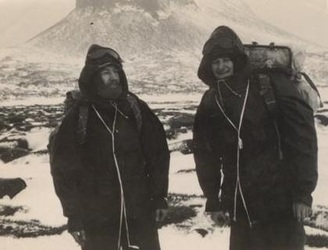